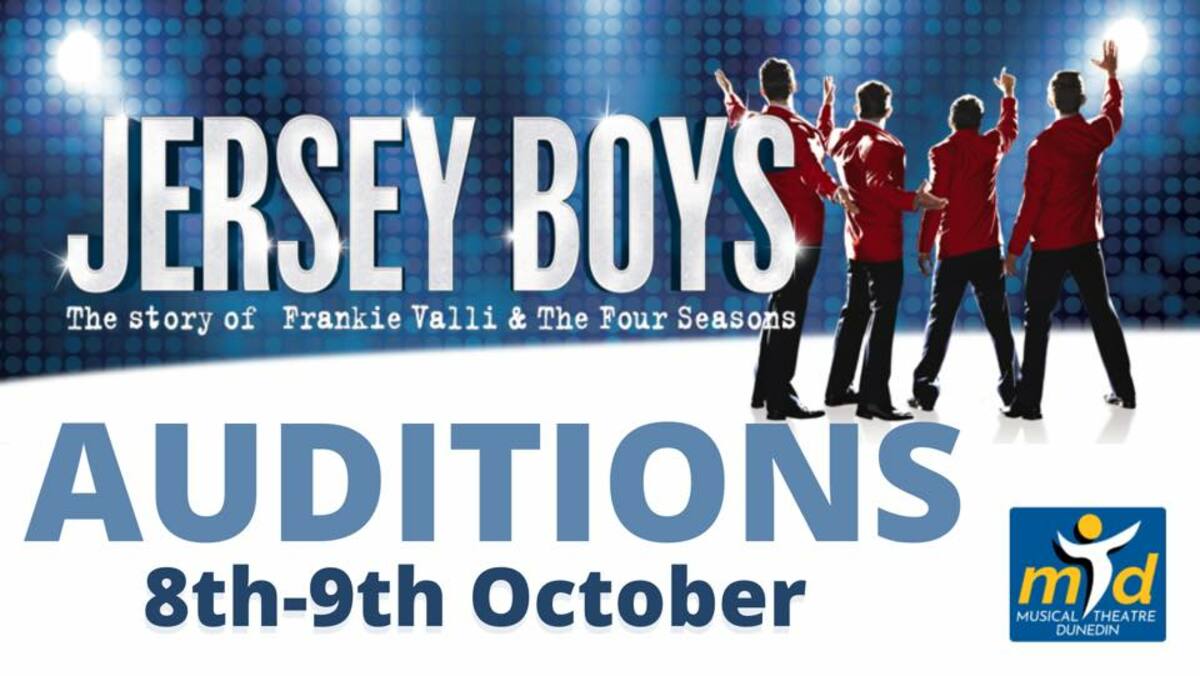 All auditionees must register here https://tickets.mtd.org.nz/audition

From the mean streets of Jersey to American Bandstand, this is the thrilling story of how four young men from the wrong side of the tracks became the biggest doo-wop sensation of all time: The Four Seasons.

With phenomenal music, memorable characters, and great storytelling, JERSEY BOYS follows the fascinating evolution of four blue-collar kids who became one of the greatest successes in pop music history.

Winner of both the Tony Award and Olivier Award for Best Musical, JERSEY BOYS takes you behind the music of Frankie Valli and The Four Seasons to discover the secret of a 40 year friendship as the foursome work their way from the streets of New Jersey to the heights of stardom. Chart-topping hits include Sherry, Big Girls Don’t Cry, Can’t Take My Eyes Off You, Dawn, and My Eyes Adored You, which brought The Four Seasons the highest honour: induction into the Rock ‘n’ Roll Hall of Fame.